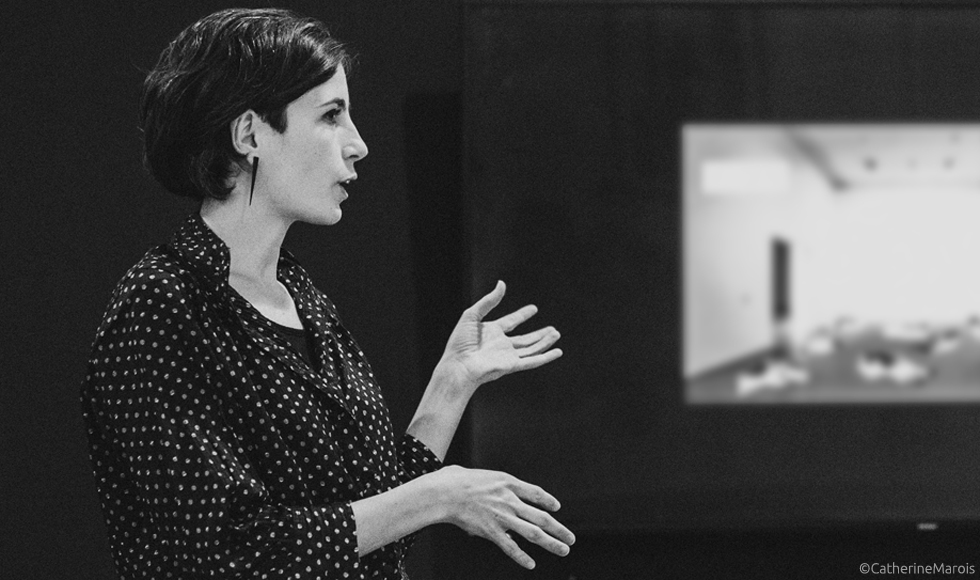 The Joy and struggle of producing innovative light installations and performances
For the past 5 years, I have been collaborating with several artists as an independent producer both for artistic projects and commissioned installations.
Building up projects alongside the artist, from the early ideas and first meetings up until the final delivery, I follow all the evolution of a project, on its artistic side as well as its fabrication.
I will focus my lecture on how technical innovations, fabrications issues or unexpected situations influence the final artistic result.
I will talk about projects you may already know but via the making off point of view with special insights we would not share with everyone.

Head of production at Studio Joanie Lemercier
Since 2009, I have been applying my skills to the digital art scene, creating connexions and opportunities between artists, festivals and cultural actors. I collaborates on a wide range of projects with several international artists. Since 2013 I act as the head of production of Studio Joanie Lemercier.

Digital creation in public space: how to transform the urban landscape?
Through several case studies of ambitious initiatives, we will compare the possible places given to Digital Art in the public space.
From Montreal to Sydney, via Paris and New York, we will have a look at what already exist in order to encourage more to happen.

Digital nature?
Let’s explore together several projects with a strong connection to nature. Using technological tools, digital artists can share a special view of the world surrounding us, allowing us to see it differently. Why works from Quayola, Felix Luque Sanchez, Jacques Perconte, Sebastien Lacomblez, an many more.

How to get your new media art project ahead
How to make a new media art project a reality? You have an idea for an installation (perhaps a big-scale one) or an exhibition with different pieces or a live performance that needs to tour, but you don’t know exactly where to start to make the project come true.
Made for Sonar+D 2018